The children spent a great day at the Beacon of Light taking part in a Heritage Day called 'Coals to Goals'.  The aim of the day was for the children to learn about the coal mining industry in Sunderland and to find out more about the football club, whose stadium now stands on the site of the old Wearmouth Colliery.  The day began with the children hearing from a retired miner who worked at the Wearmouth Colliery, and he told them all about life down a mine and the dangers of being a miner.  The children then learned some songs about coal mining in the North East.  The songs were 'Jowl Jowl and Listen Lads' and 'Just One Spark'.  The songs taught children more about coal mining and used examples of Sunderland dialect like 'marra'.  The children also went over to the Stadium of Light, where they saw the club's mining banner and saw the old pit wheel on display outside.  After lunch, the children learned about the history of the football club's badge and the changes made to it over the years.  The children also completed some physical tasks like completing an obstacle course and a team game involving 'Rock, Paper, Scissors'.  The children had a very enjoyable day and learned lots about the importance of both mining and football to Sunderland. 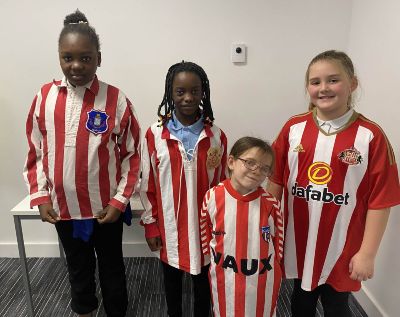 When the children were in year4, they took part in the Hidden Stories project, where they visited the newly renovated Holy Trinity Church and learned about the history of the building.  Ruth, from the project, came back to school to work with the children again.  Hidden Stories are hoping to put on a play based around a 13-year-old boy called William Elliot.  When the church was being renovated, a letter from William was found asking people to remember him when he went off to war with the navy.  Ruth came into school, to ask the children for ideas for a modern character who will be in the play.  The session started with the children playing games and recapping what they had learned when in year 4.  The children were given a sheet, where they had to think about this modern-day character, their likes and dislikes, their family and what they were good at.  The children were then given a cardboard figure on which they had to design and draw the character.  These were then taken away by Ruth and will be used to help develop a character for the play. 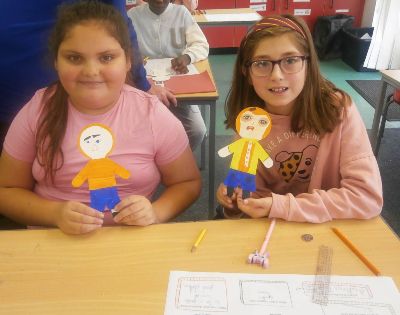 The children had a great day when we visited Segedunum Roman Fort and Museum at Wallsend.  The aim of the visit was to allow the children to learn more about the Roman invasion of Britian, which they had been learning about in their history lessons.  The day began with the children pretending to be Roman soldiers and practising their marching skills.  They had to follow instructions in Latin.  The children then learned all about what a Roman soldier would have worn.  Their teacher, Miss McLoughlin, was dressed as the soldier.  The outfit included hobnail boots, a chainmail tunic and a very heavy helmet.  The children then had the opportunity to look at Roman artefacts, which included a spear, knife and a flask.  The children used shields and spears to practise combat training and completed a matching activity, where they had to match a job to the correct piece of equipment.  After lunch, the children climbed the 35-metre-tall watch tower, so they had could have a bird's eye view of the remains of the original Roman fort.  They then had the chance to explore it.  The day ended with the children visiting the museum and viewing displays which showed how the Romans lived, a range of artefacts and watched a film but the lives of the people who would have lived at the fort 2000 years ago.  The children really enjoyed the visit, and it brought the unit of work to life for them. 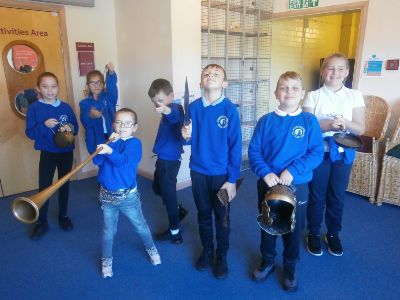 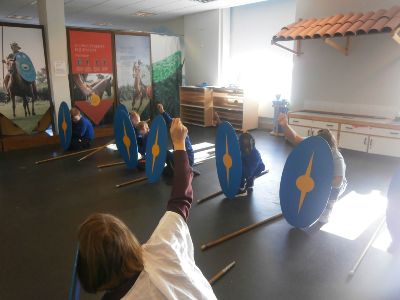 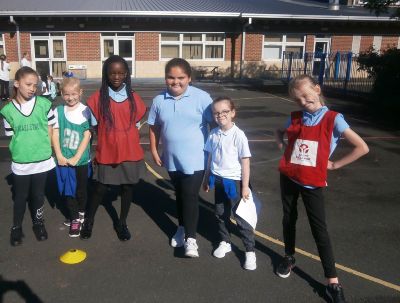 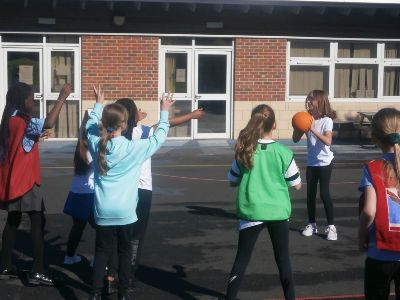