dates for your diary

The children took part in a range of activities over health week, with the final activity being our annual Sports Day.  The activities included a dance session with our dance teacher, Danielle and an archery session.  The children were taught how to use the bows and rubber arrows correctly and practised aiming at targets.  The children had great fun trying out the different activities. 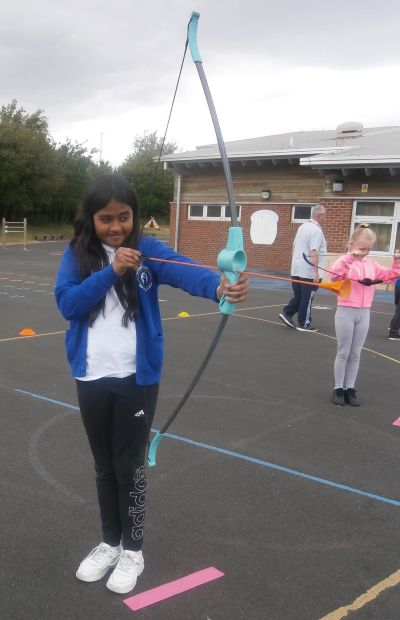 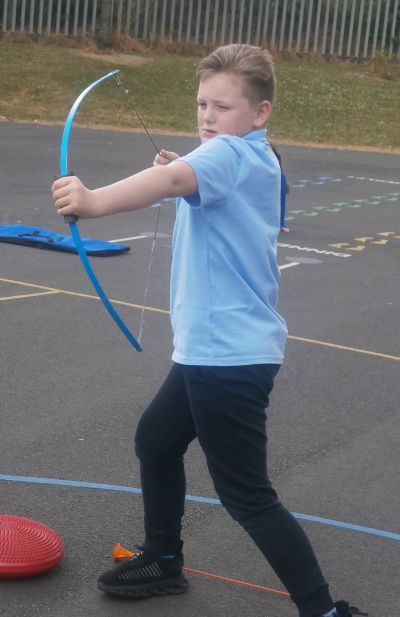 In our History lessons, the children have completed a local history unit all about Benedict Biscop.  In their lessons, the children have learned about who Benedict Biscop was, his role in building St. Peter's church, which was then a monastery, and the life of a monk.  To bring the history to life for the children, they visited St. Peter's Church at Monkwearmouth and Sunderland Museum to take part in a workshop.  At the church, the children were shown around by a guide, who told them all about how and why the church was built and showed them different areas of the church, like the tower.  The children saw stained glass windows and a replica copy of the 8th century bible called The Codex Amiatinus.  After a walk into the city centre, the children took part in a workshop at the museum called 'Bede's Bags' .  Here the children got the chance to explore objects and artefacts that would have been in use at the time Benedict Biscop was alive.  The objects included coins, dyes, clothes and jewellery.  The children than had a chance to explore the gallery, which showed objects that have been discovered in our local area.  The children had a very enjoyable day and learned lots of new things. 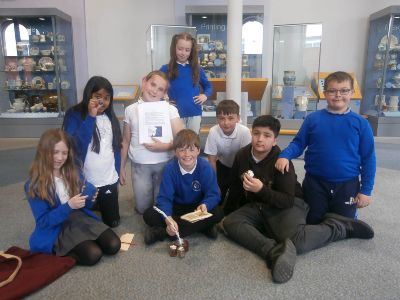 The children's Design Technology unit this half term has been cookery.  The children began the unit by looking at food hygiene and safety in the kitchen.  They learned many things including how to store and handle food correctly,  the importance of washing hands and keeping surfaces clean.  They also found out about what is meant by the term 'seasonal food' and considered which foods are seasonal in which months.  The children considered the steps that are needed to prepare a meal, from choosing a recipe at the beginning to the actual making of it.  The children then worked in two groups to follow a recipe to make cheese scones and a salad to accompany it.  The children developed the skills of  following a recipe, reading weighing scales and how to cut, slice and chop food correctly.  The children really enjoyed make the scones and salad and tasting them.  They were a hit with everyone. 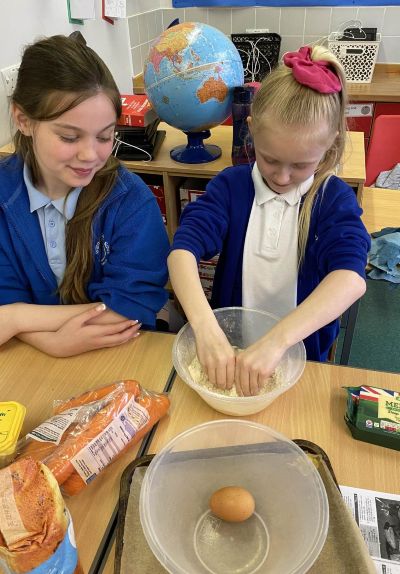 After the river workshop in school, the children visited part of the River Wear at Lanchester in County Durham.  The day began with the children actually being in the river and looking for the wildlife that lives in it.  The children had to kick up the rocks and pebbles on the riverbed with their feet to disturb what was there and use the nets to scoop it up.  They then emptied their nets into a tray and used the magnifiers to look closely at what they had found.  The children then used a key diagram to see if they could identify what they had found.  The children found a range of flies and larvae.  The children then investigated what the flow of the river was.  They worked in groups and measured out a 10 metre section of the river and then timed how long it took for a dog biscuit to float along the section.  Then using a formula they were able to calculated the rate in which they river flowed.  The children enjoyed a mile long walk into Lanchester to have their lunch.  On the afternoon, the children went on a mini-beast hunt in the woodland around the river.  They had special pots to place their finds in and looked at these through a magnifying glass.  The children found spiders, centipedes, worms and woodlice.  The children had a great day in and by the river. 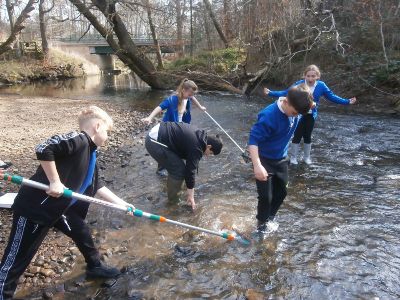 The children took part in a workshop, in school, as preparation for their visit to the river at Lanchester.  Heather, who is going to lead our visit, came into school to complete a range of activities with the children.  The workshop began with the children been given a map of the journey of the River Wear.  The children, in groups, where given pieces of rope which they had to unravel and shape to represent different parts of the river.  They then joined all these parts together to make the full distance of the river.  While doing this the children learned about different parts of the river, such as tributary, meander and mouth.  The children then practised their mini-beast hunting skills around the school field, as when they are on their visit, they will be hunting for creatures that live on and around the river.  The children had a great session and it made them full of enthusiasm for our visit. 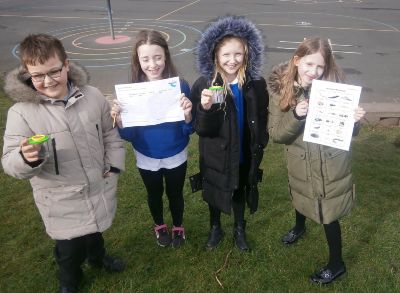 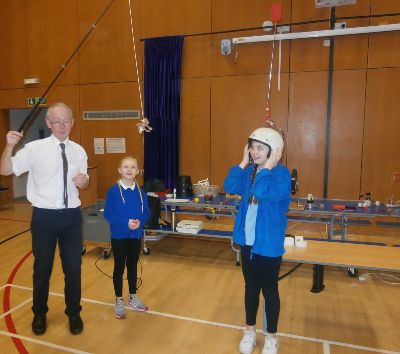 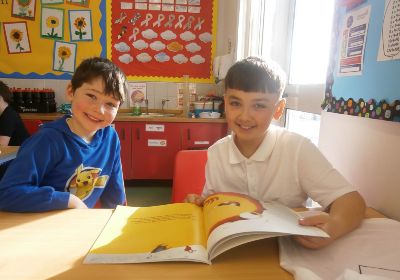 In our art lessons, the children have been learning about the artwork of Vincent van Gogh.  They began the unit of work by finding out the artist's life and then looked in detail at one of his most famous paintings 'Sunflowers'.  The children learned about why he chose certain colours and the technique van Gogh used to paint it.  The technique is called impasto and this when the paint is placed thickly onto the page so it leaves ridges.  The children experimented with this technique and then painted a sunflower using it. 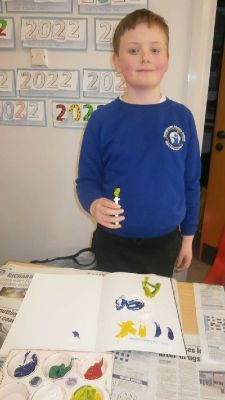 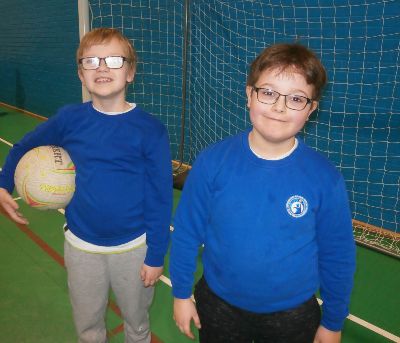 The children in English read the story 'Harry Miller's Run', by the north-east author David Almond.  The book tells the story of Liam, who is going to take part in the Junior Great North Run and Harry Miller, an old man he visits.  Harry tells Liam all about the time he ran from Newcastle to South Shields when he was a boy.  The children used the ideas in the book to write their own version.  The children in their writing tried to use many of the features that David Almond used in his book. The children used  non-standard English to show the dialects that the characters would have spoken in.  They used examples of hyperbole to show exaggeration.  The children planned and wrote their stories and then after editing it, completed a neat version to be displayed in class. 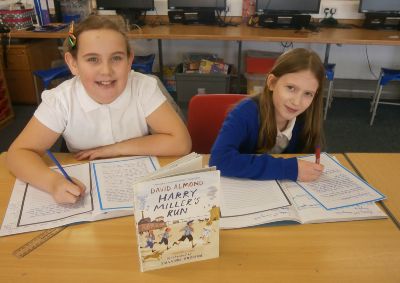 The children took part in a range of activities for anti-bullying week.  The whole school read the picture book 'Kind' and thought about ways we could be kind to each other and how others have been kind to us.  Any money raised from people buying the book, supports a charity for children who are refugees.  We thought about ways in which we could show kindness to refugees.  The children imagined what they would give to a refugee who was coming to our country and recorded their ideas in a suitcase.  The children also did a print of their hand, which formed part of a whole school display on kindness, which is displayed in the school hall.  Each class was paired with another class - we were paired with Reception.  We decorated biscuits for the children in Reception as an act of kindness and they also made biscuits for us.  On the last day, some of the children went to the Reception and some of the Reception children came to us.  We thought about ways we could be kind.  The children enjoyed having the younger children in their class.

In our Science lesson, we investigated what would we needed to do to make a toy car move faster.  We made a model car and attached a balloon to it, we thought that when was released from the balloon it would propel the balloon further.  We had great fun making the cars from card, straws and plastic milk carton lids and then seeing whose car would go the furthest. 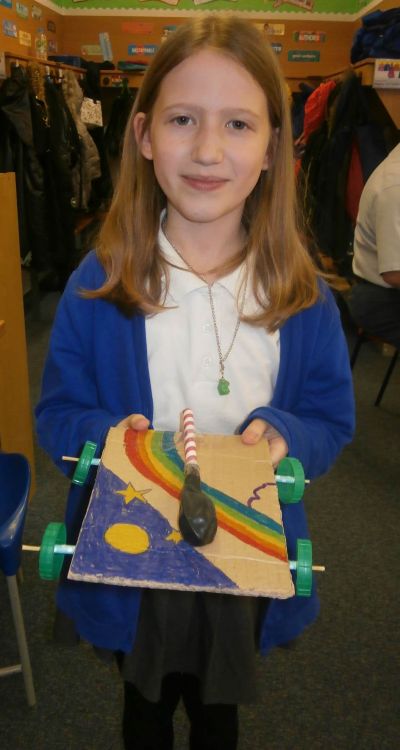 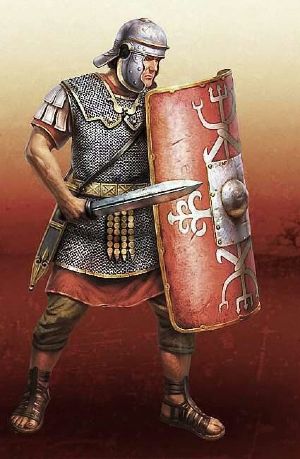 The children this half term will be learning all about the Romans as part of our history topic 'Romans Rule'.  In their history lessons, the children will be learning all about the Roman Empire and why the Romans invaded Britain.  They will learn about the impact the Romans had on Britain and Julius Caesar and Boudica.  They will read the book 'Queen of Darkness' and use that to inspire their writing in English.  In art, they will learn about Roman pottery and create their own clay pots.

As part of our topic 'Romans Rule', the children visited Segedunum Roman Fort at Wallsend.  The visit began with the children pretending to be Roman soldiers and practising their marching skills.  They even learned the Latin for left and right, so they could make turns.  The found out what clothing a Roman soldier would wear and had the chance to explore objects that a Roman soldier might have, such as hobnailed boots, a flask and a dagger.  The children completed an activity where they had to match the details of a job to the correct object.  The children were also given a shield and a spear and practised being ready to tackle the enemy.  After a visit to the gift shop and lunch the children visited the museum part of the fort.  Here they learned about how and why the fort was built and saw a 3D model of what the fort would have looked like 2000 years ago.  The children discovered what it was like to be a cavalry soldier in the Roman army and what it would have been like to go have to visit a hospital in Roman times.  The children then explored the site where the actual fort had been built and were able to see the outline of buildings and rooms.  The children had a fantastic day out and it really brought to life all of the things the children had been learning about in the classroom. 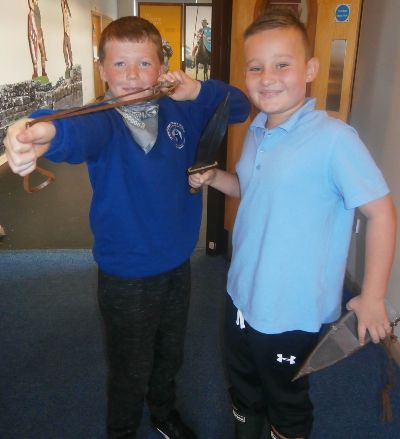 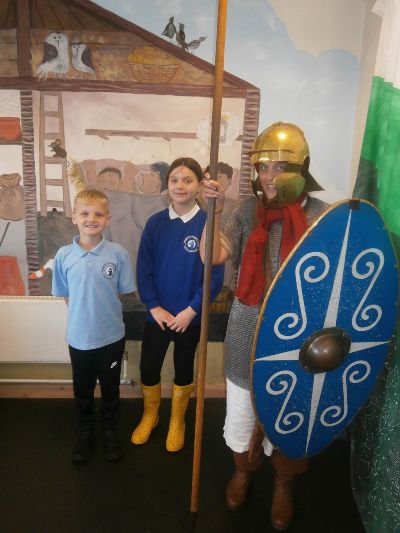 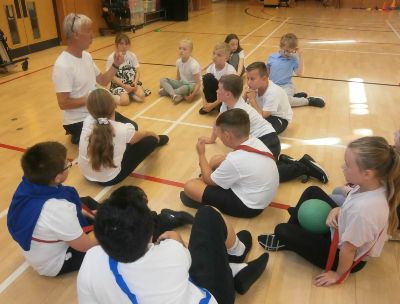 The children took part in annual French Day in school.  Our class were given the French speaking of Monaco.  The children learned lots of interesting facts about Monaco and worked with our special visitor Natalie to hear French stories.  With Madame Blackett, the children learned about the French artist Ben Heine, whose style of artwork is called Pencil versus Camera.  The children produced their own piece of artwork in his style.  As a Formula One Grand Prix race is held on the streets of Monaco, the children made their own starting grid and labelled the colours of the car and the positions of each car using the correct French.  The children had a very enjoyable and learned lots of new things.